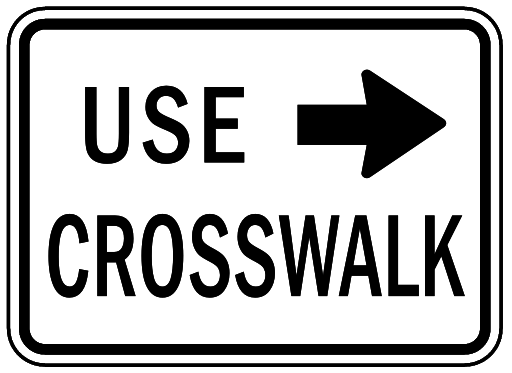 Several Factors that Contribute to the increase in pedestrian fatalities:

The Right to Walk

Walking is the most basic, inexpensive, and environmentally friendly form of human transportation. Plus, it is healthy.  One cannot say that riding in a passenger car or truck promotes good health. Walkers are not traveling the length of the city on foot, but people walking is critical for shopping, short commutes to school, traveling to work, to public transit or simply exercise.  During the 10-year period from 2008-2017, the number of pedestrian fatalities in the U.S. increased by 35 percent.  In 2008, there were 4,414 deaths and in 2018, there were 5,977 deaths. At the same time other traffic deaths have declined.

When walking in a metropolitan area, you have a responsibility to keep a look out for all vehicles and follow crosswalk lights. You cannot “dart out” in front of vehicles and expect them to see you. ‘Darting out” tends to refer to those pedestrians that fail to cross in crosswalks and weave in and out of traffic.  Those walking on more remote roads or highways, should walk “against” traffic on the shoulder of the road so that you can see cars approaching you.  Walking on the shoulder with traffic on rural roads is hazardous. Many drivers are not looking for pedestrians on highways and interstates, so you have to use a lot of caution.  You should not walk along interstates.

Greatest Number of Pedestrian Fatalities DO NOT Occur at intersections

This makes all kinds of logical senses. When pedestrian cross roadways at an intersection, there are crosswalks and drivers are more likely to look for pedestrians. Cross walk signals greatly increase pedestrian safety. When pedestrians cross at various places in the roadways where there is no crosswalk, the likelihood of getting hit is 72 percent, opposed to intersections at (19%). Some major metropolitan areas have ordinances that forever bar a pedestrian from making an injury claim against a driver of a passenger vehicle or commercial vehicle if the pedestrian was NOT crossing in a crosswalk.  It is far safer to take the extra steps and cross a street at a crosswalk where drivers are more likely to see you.

Blood Alcohol for Drivers and Pedestrians factors into Fatalities

Alcohol impairment for the driver in the pedestrian -vehicle accident was reported in about half of traffic crashes that resulted in pedestrian fatalities.  This seems like a sword that cuts both ways, right?  If you are drunk, you absolutely should not drive because it is negligent and two, it’s illegal. But is it illegal to be a drunk walker?  No, it is not illegal to walk while drunk, but there are natural consequences such as the possibility of delayed reaction time and diminished faculties. Even in cases where the pedestrian’s or driver’s alcohol consumption may not be identified by police as a contributing factor to the crash, a pedestrian or driver with a BAC of .08 or higher has diminished abilities that could impact judgment, decision-making and reaction time.

Age groups most likely to be killed in traffic related pedestrian fatalities incidents with a BAC greater than or equal to .08 is below:

Progress toward reducing and eventual elimination of pedestrian fatalities seek a comprehensive approach to pedestrian safety that combines enforcement, engineering; education, and emergency medical response.  By focusing on behavioral issues that lead to traffic crashes such as impaired or distracted driving, aggressive driving, seat belt use, pedestrian,  motorcyclist safety; crashes and incidents can be reduced.  Ultimately, greater driver and pedestrian awareness decreases the number of pedestrian-vehicle collisions.

If You Are Injured as a Pedestrian

Injuries to pedestrians hit by vehicles are usually serious if not fatal. If you are injured, you will need legal assistance.  Negotiating with insurance companies can get complicated quickly in any kind of injury claim.  Remember, paying out due compensation is not usually in the insurance company’s best financial interest. Yes, legally we all most buy insurance so shouldn’t you be able to get fair compensation if you are hurt?  We think so and we take up the long fight to make sure that it happens for our clients.